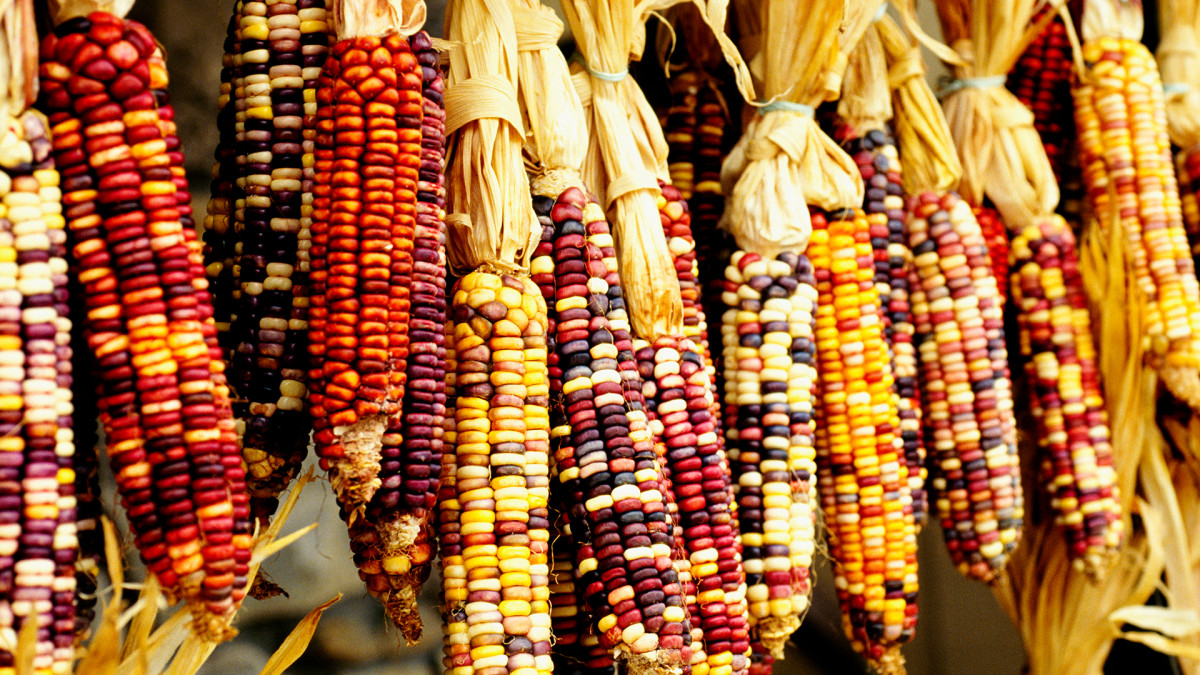 What people ate in colonial America largely depended on where they lived. Due to differences in climate, available natural resources and cultural heritage of the colonists themselves, the daily diet of a New Englander differed greatly from his counterparts in the Middle Colonies—New York, Pennsylvania, New Jersey and Delaware—and even more so from those in the South.

But one constant across all of the 13 colonies was that aside from imported goods such as spices, molasses and rum, people in the pre-Revolutionary War era mostly consumed food they produced themselves. They sowed corn, caught fish, hunted wild game and raised farm animals for meat, as well as milk to make their own butter and cheese. They planted vegetables in their kitchen gardens, brewed their own beer and pressed their own cider.

Though regional, seasonal and other differences make it difficult to generalize about a typical colonial diet, the following seven foods and beverages are a small sample of what might have been found on many colonial tables.

A bunch of flint corn.

With its multicolored white, blue, red and brown hues, flint corn—also known as Indian corn—is one of the oldest varieties of corn. It was a staple food for Native Americans, who essentially saved the earliest colonists from starvation by teaching them how to plant the crop, when to harvest it and how to grind it into meal. Corn became a dietary staple across all 13 colonies, with cornmeal used in favorite recipes such as hasty pudding (corn boiled in milk) and johnnycakes, a fortifying and highly portable food similar to pancakes.

Colonial forests were packed with wild game, and turkey, venison, rabbit and duck were staples of the colonists’ meat-heavy diets. In addition to these better-known (by modern standards) options, many colonists enjoyed eating passenger pigeons. The birds were incredibly plentiful in colonial times, and their meat was prepared in many ways—including boiled, roasted and baked into pie—similar to the way we use chicken today. Passenger pigeon was such a popular dish, in fact, that the birds eventually went extinct; the last known passenger pigeon died in 1914.

Like many colonial dishes, pigeon pie had British roots, and a recipe was included in Eliza Smith’s The Compleat Housewife: or Accomplished Gentlewoman’s Companion, a cookbook originally published in London that became the first to be published in the colonies in 1742. The popularity of Smith’s book reflected the dominant influence of British cuisine on the colonial diet. The Compleat Housewife would likely have been found in any well-to-do household in the late colonial era, when the mid-day “dinner” could consist of three courses, with multiple dishes per course.

“They are eating high-end British food,” says Lavada Nahon, a culinary historian specializing in the Mid-Atlantic region from the 17th-19th centuries. “We’re not talking about post-industrial British cuisine here—this is the height of British food.”

In an era long before refrigeration, popular methods of food preservation included drying, salting, smoking and brining, or some combination of these. Another method used to preserve meat was potting. This involved cooking the meat and packing it tightly into a jar, then covering it with butter, lard or tallow (beef fat) before capping it. Potting kept meat safe for weeks or even months; cooks would then open the pot and slice off pieces to serve for a meal.

Another common way of preserving food was pickling, an ancient method that colonists used for everything from meat and fish to fruits and vegetables. A dish of pickled vegetables was a favorite side dish on colonial tables, while beef was commonly pickled in vinegar and brine and preserved in large wooden barrels. Colonial brines were likely flavored with salt, saltpeter and spices, but they would not have contained garlic, which Nahon says was seen as purely medicinal until the 19th century.

Jumble cookies—sometimes spelled “jumbal”—can be considered the ancestors of modern sugar cookies, though far less sweet. Recipes appeared in cookbooks in England as early as 1585, and the cookies became a popular staple in the colonies. “You will find recipes for jumble cookies by the thousands,” says Nahon; even Martha Washington was said to have her own. A recipe in The Compleat Housewife calls for egg whites, flour, sugar and caraway seeds mashed into a paste, and Nahon says colonial cooks often flavored their jumble cookies with rosewater, a Middle Eastern import that reflected the vibrant trade and open-minded culture Dutch settlers had established in the Middle Colonies from the beginning. “There were a variety of foodways here,” says Nahon. “When you say the colonial era, everyone thinks everything is gray, but that is so not true. We have a lot of richness here.”

Black pepper’s antibacterial properties make it a good preservative, and this imported spice took center stage in the pepper cake, a gingerbread-like loaf flavored with black pepper and molasses and studded with candied fruits. The classic colonial-era recipe for “pepper cakes ye will keep halfe a year” was included in The Book of Cookery, a handwritten manuscript given to Martha Washington on the occasion of her marriage to her first husband, Daniel Custis, in 1749.

Syllabub is a traditional English dessert made with whipped cream and alcohol.

Colonial Americans drank a lot of alcohol, and this popular drink-dessert dating to the 18th century combined sweetened whipped cream with wine or hard cider. The resulting frothy concoction was often served on special occasions. Amelia Simmons’ American Cookery, which in 1796 became the first cookbook by an American to be published in the United States, included a recipe for syllabub that called for the cook to flavor cider with sugar, grate nutmeg into it—and milk a cow directly into the liquor. 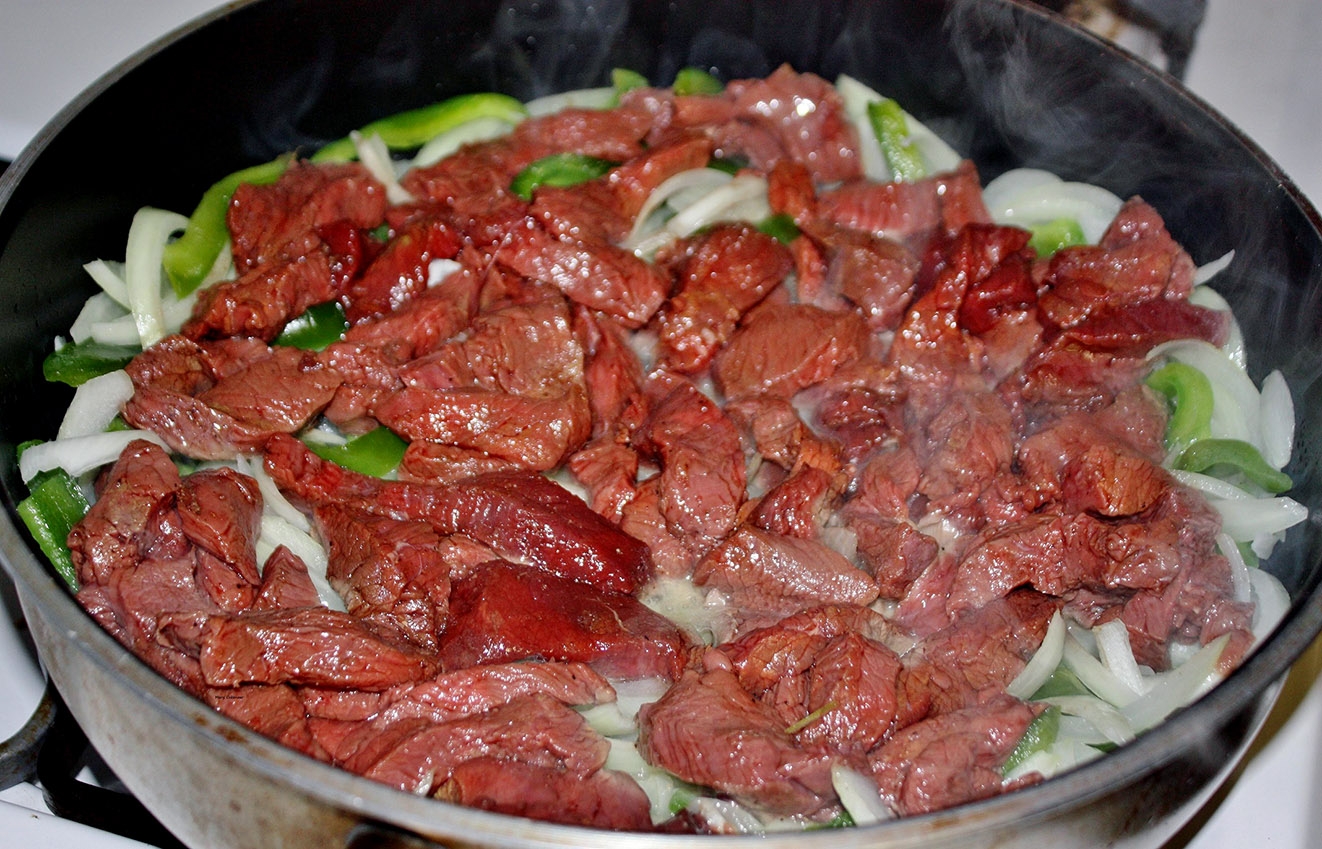