World Recipes You Should Cook at Least Once in...

August 29, 2020 Comments Off on How to store summer flavours for winter cooking Recipes

How to store summer flavours for winter cooking 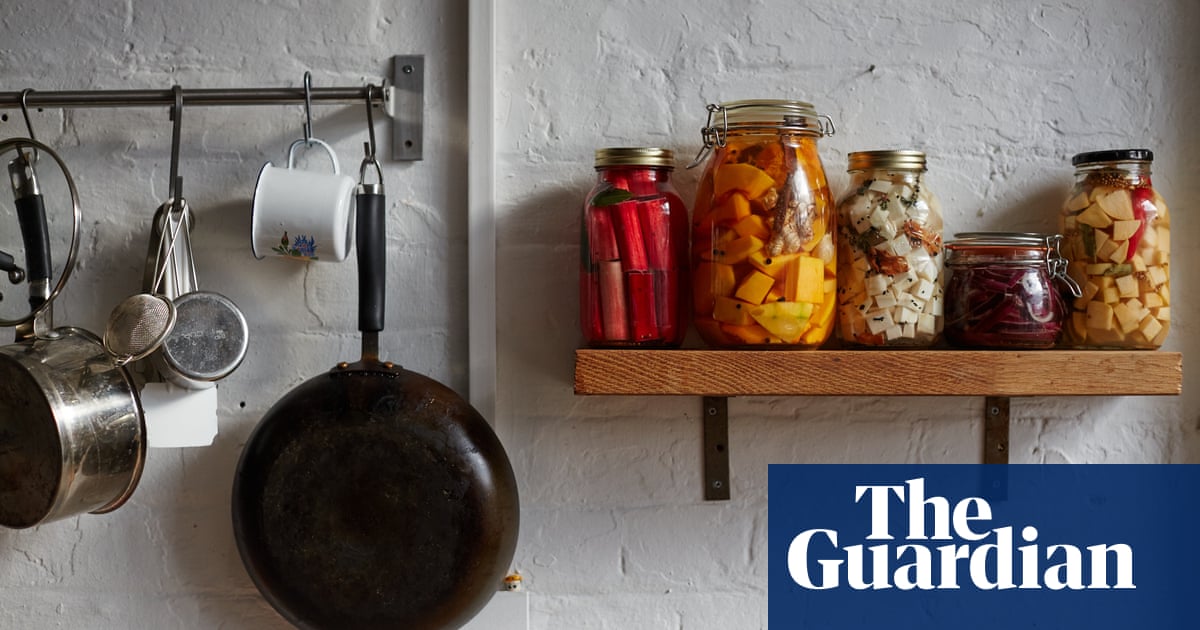 What should I be making batches of now, while it’s still summer, to add flavour to my winter cooking? Ben, Southport Life is always better when sweet tomatoes and peaches are at hand, so it’s eminently sensible to want to feel their love in the winter dearth, too. August […]

As to what you should be preserving, the short answer, says Kylee Newton, author of The Modern Preserver, is “whatever you can get your hands on”. Tomatoes, however, are a good place to start. She blanches them whole, then peels, cores and covers in a large pan with salted water and boils for five minutes. “Sterilise one-litre jars and add a tablespoon of lemon juice and a teaspoon of sea salt to each,” Newton says, “then pack the still-hot jars with the drained, cooked tomatoes, leaving a 3cm space, cover with the hot cooking brine, 1cm from the rim, and seal with hot lids.”

For longevity, Olia Hercules, author of Summer Kitchens, adds a little dash each of raw or good-quality vinegar and oil to jars of brine (25g salt to one litre water), garlic, allspice berries, dill and cherry tomatoes (this works with chillies and peppers, too). All tomatoes are welcome to Hercules’ preserving party: “Big, small, green or firm are also good, so if you’re growing them and they don’t ripen, not to worry.” These “flavour bombs” can then be used as a pickle, blitzed up into a sauce, added to broths (“to give acidity”) or, my personal favourite, “as a snack with vodka”.

Courgettes are another go-to for Hercules: “They’re fantastic grated, or sliced thinly, and added to caramelised onions. Just cook it all down until it turns into a paste.” She stores in jars with a little oil on top, then uses as a pasta sauce, in stews, or simply spread on toast.

There aren’t many summer vegetables that wouldn’t taste great pickled, but green beans, says fermenter Thom Eagle, and author of Summer’s Lease: How to Cook Without Heat, should make it on to your list. “There’s an American pickle called dilly beans, where you ferment them in a 2%-3% brine with loads of dill, a slice of garlic and pickling spices, such as mustard seeds and peppercorns.”

“Stone fruits are also amazing,” Eagle says. “You can cook, dry, freeze or bottle them.” A sweet pickle, though, comes out tops: “Make a syrup but with vinegar – half sugar, half mild cider vinegar – then cook the prepared fruit in that for 30 seconds to a minute, or pour it hot over cherries and leave to steep.” The result? Sweet pickled fruit that’s mild enough to use in desserts but tangy enough to sit alongside cold meats and cheese. “You’ve also got the sweet vinegar, which you can use as a shrub for cordials and cocktails,” Eagle notes.

Hercules is also a fan of stone fruit. “In Ukraine, we’re big on preserving peaches whole,” she says. “They’re so easy: make a sugar syrup. add interesting herbs such as lemon verbena or vanilla, then poach them whole. You’re basically making tinned peaches.” Her top serving tip: slice and add to a homemade cake with cream, or folded into the batter. Sounds just, er, peachy.

» Recipes » How to store summer flavours for winter cooking