How to Manage Deer on Property You Own 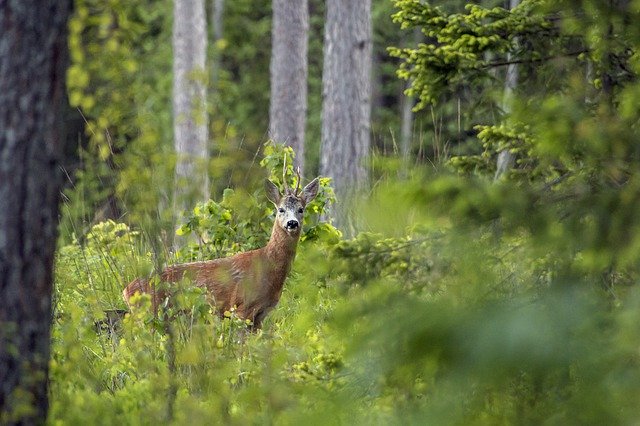 My very first experience with the Remington brand came via a bolt-action rifle made by a different manufacturer that was chambered for the relatively new (at that time) .416 Rem. Mag. cartridge. I bought the rifle at 19 years of age for $400, a real steal in my opinion.

However, at the time $400 was roughly a month’s salary, and since elephants and rhino were a relative scarcity in the farm fields of southern Ohio, I’m not sure what compelled me to buy that rifle. Perhaps it was because the previous owner offered to throw in a box with 19 rounds of ammunition. The fact that only one round had been fired from the box should have been my first indication something was amiss.

So I had squandered my meager savings to own a rifle that wasn’t legal to hunt big game in the state in which I lived, a rifle I could not afford to shoot, and although I was filled with the self-confidence inherent to 19-year-old boys, I knew deep down inside if I put the gun in the safe without firing it at least once I would wonder if I had the guts – or more specifically the mass to handle the .416’s recoil.

My experience with big bores was more theoretical than practical, based exclusively on what I’d read by Craig Boddington, Joe Coogan and others.

In fact, Boddington had written a nice piece on the .416 Rem. Mag. not long before I bought that dragon-slaying rifle, and the story from the pages of Petersen’s Hunting almost certainly inspired my decision to buy it.

Now I had to shoot it, and for some reason I decided to do it in front of an audience. I think my girlfriend was there – the exact memory escapes me now – but I know my father and two hunting buddies were in the gallery behind me.

Since I’d spent most of my life shooting rimfires and shotguns, I didn’t have a proper pair of ear muffs to stifle the cacophonous roar of the .416. In a brief fit of brilliant improvisation, I found an old pair of radio headphones that had probably been used to listen to the Beatles when the Beatles were still a fresh new band out of England.

I donned a pair of safety glasses, and, like a young Cary Grant (or so I imagined), I walked through the crowd to stand in front of a lightning-killed sycamore tree.

With everyone plugging their ears with their fingers, I pulled back the bolt and fed the long, broad-shouldered .416 cartridge into the chamber. I looked at the tree – my mind transforming it into a charging elephant, a rogue rhino, a man-eating grizzly – and shouldered the rifle. The gun felt good against my shoulder, the sight picture clear. I found the trigger, drew half a breath, and pressed the button.

I’ve never been rolled down a hill inside a barrel, but I imagine the feeling one experiences afterwards is similar to what I went through in the seconds following that trigger pull. The recoil was as fantastic as I imagined, shoving my 160-pound frame back a step or two, but the real shock – greater even than the recoil of the gun itself – was that I could see absolutely nothing out of my right eye. Total darkness.

I’ve been told I spewed forth a solid five seconds of almost entirely incomprehensible speech, a stream of consciousness where only the occasional curse word floated to the surface like an ugly stone rising up in the midst of a torrential flood. The initial shock and terror passed when I realized I was not blind in my right eye, that I had not shot my eye out, but that those relic headphones had, in the midst of heavy recoil, spun around my head and covered my right eye completely.

I was not blind, and I had fired the mighty .416. Additionally, I had campfire story material for life (and if we have ever shared a campfire I apologize because you’ve almost certainly heard this story at least once before). I have to admit the experience was certainly worth $400

As a young man, Adam made the fateful decision to drop a month’s salary on a rifle chambered in.416 Rem. Mag. Firing the first shot out of the gun became a thing of legend.