Sharing the wealth of hunted meat

August 17, 2020 Comments Off on My Memories in Meals: Failing the cooking exam for his catering GCSE didn’t hamper the spirits of this chef Cooking Venison, Recipes

My Memories in Meals: Failing the cooking exam for his catering GCSE didn’t hamper the spirits of this chef 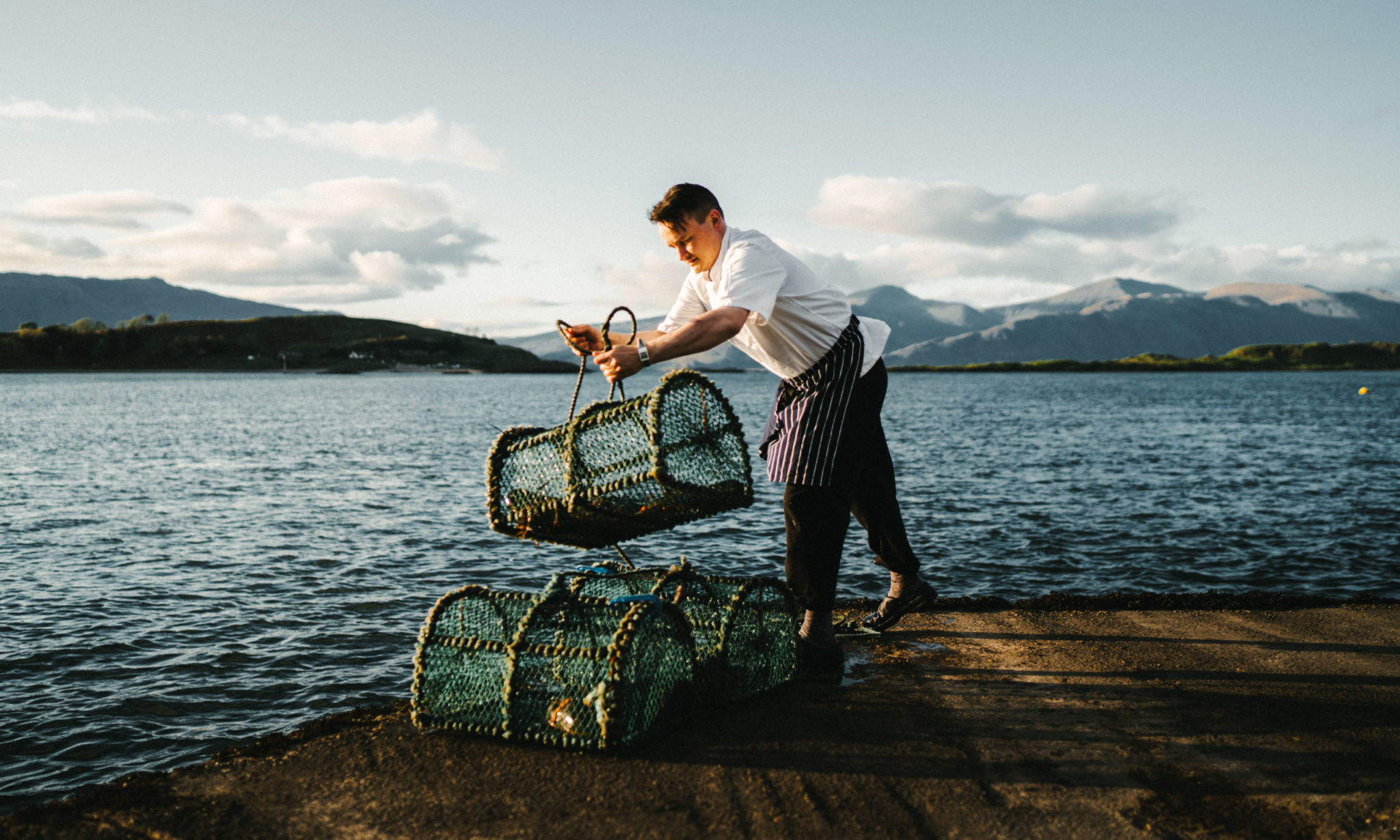 © Supplied Michael Leathley. In this weekly series, Rebecca Shearer speaks to foodies and chefs from across Scotland about their most memorable meals from throughout their lives and careers. Having spent more than a decade cooking his way through the kitchens of London’s swathe of restaurants, cafes, takeaways and […]

Now the head chef at The Pierhouse Hotel and Seafood Restaurant in Port Appin, Argyll, he is completely at home in the midst of prime Scottish sea fare.

With a life and career illustrated in some way or another by seafood, from his grandad coming home from working on boats with eels, to eating a plate of freshly-caught oysters outside The Pierhouse Hotel, Michael, born and raised in Newcastle, is passionate about offering his customers the very best from the country’s catch of the day.

Here he tells us about the food that has marked the milestones of his life and his most memorable meals.

Growing up on Britain’s east coast, Michael was never far from a hearty fish dish and his love for seafood, which he still carries today, began in his earliest years.

Michael says: “The thing that reminds me most of my childhood is smoked kippers. I grew up in North Shields and my granddad was a fisherman. When he came off the boat after being out at sea to fish, he would make smoked eels.

“When I was very young my mum worked as a graphic designer and there was a festival she would get involved in where all of these artists and musicians taking part. One of the snacks you would get there would be a whole kipper in a soft white bun (roll).

“The smell of that – the smoke, butter and mustard – brings it all back. It’s memories of smoky fish but kippers opened that entire door for me. I was a very strange child – I loved smoked fish really young and would always be quite excited about it.

“Another thing I loved at this age was Angel Delight – it was my treat whenever I would go to visit my paternal grandma. I remember always being disappointed when it was the chocolate flavoured one as I thought it was a bit rubbish, but I’d be too polite to say anything to my grandma.

“It was really basic, the food we grew up with and was only my dad that cooked. He’d buy copies of cookbooks by people like the Roux brothers, which endlessly fascinated me. It had all these amazing pictures in it that were completely alien to me – things like how to cook a chicken, or a partridge or pheasant.

“I think I definitely developed an interest in cooking when I was a child because I’d watch my dad and my gran cooking a lot and it was just something that seemed to be always happening around me – I learned the flavour of home cooking very early on.”

During his teens, Michael began studying catering and worked part time in restaurants to learn more about the trade, though he had different ideas when it came to post-high school education.

“As a teenager I was able to do a GCSE in catering at school, which I don’t think they offer anymore, but it led to a two-week work experience at 21 Queen Street in Newcastle, which was a restaurant run by a guy called Terry Laybourne. That was my first image as to what it was like to work in a restaurant – I think I was about 14 or 15 at the time.

“I went into the restaurant and was put straight on the bread section. It was wide-eyed amazement, I just thought this was so cool. I’d be the first person to start in the morning, with the kitchen porter, would get in and put the toast on, and the bacon on, so the chefs could get some bacon sandwiches when they came in.

“My memory of that is so vivid – it was the first time I’d ever tried confit duck leg. I had never tasted anything quite like it before and I just remember standing up at the steel bench, with the buzz of the kitchen around me, and tasting it. I also remember the head chef telling me to try the skin of the duck too, which is the nicest bit. So now when I eat it I’m always transported back to then – the first time I’d ever tried it.

“All throughout my childhood and my teens, there’d been a recurring theme of fish – from my granddad being out on his fishing boat, to the kippers at the festival, to working at 21 Queen Street where they had some more refined ways of eating fish. At the restaurant they had battered, breaded and a huge fish platter – new ways of eating fish I hadn’t experienced before.

“After my work experience I just started taking part-time jobs in every kitchen I could get into.

“Then, later on in my teens, I did terribly badly in my cooking exam for my catering GCSE – I think I melted part of a plastic blender at one point, maybe being a bit too ambitious. I had been trying to create a three-course meal that was a mixture of Gary Rhodes and the Roux brothers and I just completely overshot it and took three hours longer than I was supposed to. But I did get something on the plate in the end.

“After school I ended up going to art college. I had the choice of staying in Newcastle and doing a catering course or going to an art college in Carlisle. When I got to Carlisle I got jobs in small, local restaurants, but none were very good.

“Then I got into Byam Shaw School of Art in London when I was 18. While I was down there I discovered I was a better chef than I was an artist as I was again working in kitchens part-time to fund my studies – I had a whole swathe of jobs from pubs, to cafes, high-end restaurants to small takeaway businesses doing catering.”

From his early to mid 20s, Michael continued working in different eateries across London, gaining experience in various different types of kitchens, that would set him up well for what lay ahead.

“I got loads of things from this as London’s a real eye-opener for me. It’s hard to pick the one I liked the most: I went to Brixton and had saltfish and ackee; there was the Turkish kebabs you could get across the road from a nightclub in Islington; and some bagels from a 24-hour bakery in Brick Lane; in between that I was going for Indians and Chinese. It was literally what I loved the most about London – it had the food of the world.

“Then I ended up working for a company called Food & Fuel, which was a big gastropub chain, at a place called the Queens Arms in Richmond. That was the first grounding I had of proper kitchen work – I was the head chef and was pretty much left alone to do the menus I wanted, which set me up well for future jobs.

“Also in London I ate a lot of rabbit. I don’t know why but it seemed to be the popular thing to do in London, was to eat rabbit. I had a fish delivery guy to the restaurant and while he was there he’d also ask if I wanted to buy some rabbit.

“There was so much food from Scotland we were using in London, things like lobster and venison. Everyone you spoke to when asking where to get seafood from, would answer with ‘Scotland’. There was never any question about it.

“It’s interesting though as what we would consider to be an XXL langoustine in London is actually a medium here but the price of the seafood here is so much higher.”

“By my 30s I was a bit burned out from London and needed a change. My parents had moved up to Aberdeen and they told me to come up and stay with them for a bit and take a break.

“I came up and, being typically me, I think I had a break for about three or four days then took a job at the Ardoe House Hotel. There was a lot of banqueting to cater for, especially for oil companies. So it would mean blank cheques and doing all these wonderfully elaborate dishes. There was a restaurant there too but it was the head chef that encouraged me to really look closer at the local produce.

“He wanted to create a restaurant menu that was only with Scottish produce, then he sent us out to go and find it. So I spent months doing research and got to go out and see Scottish farms etc. I knew Scottish produce was good but I knew it for the basics but Scotland has things like wagyu beef and homegrown chillies, which is amazing.

“After Aberdeen I ended up moving to Glasgow because, ironically, I found Aberdeen a bit rural. But in Glasgow I worked at The Hyndland Fox then at a fish restaurant. ”

“I think for now I have to choose oysters, as it was what I had while sitting outside The Pierhouse Hotel on the day of my interview.

“Also, I’ve been eating lots of seafood in lockdown. We’ve been having fresh scallops and langoustines as all the fishermen here in Port Appin have just been selling straight off their boats. I felt a bit bad as I was speaking to my sister in Newcastle earlier and she was telling me how they had nothing in the shops, and I was telling her how I’d just been eating fresh langoustines.

» Cooking Venison, Recipes » My Memories in Meals: Failing the cooking exam for his catering GCSE didn’t hamper the... 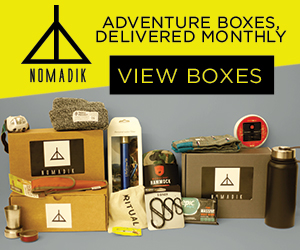