Learn how to eat well outdoors at MDC virtual... 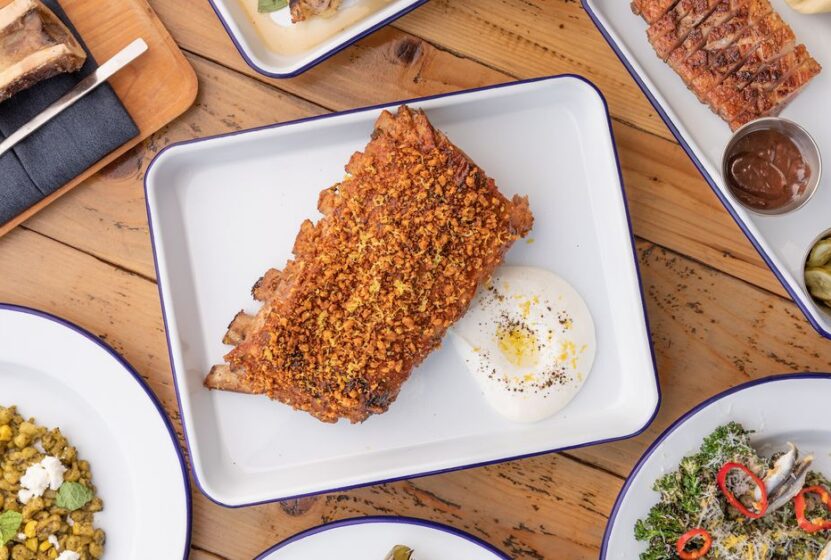 Chef Vartan Abgaryan’s new all-outdoor restaurant Post Script is now open in Venice. The semi-enclosed parking lot setup was first announced at the end of August, and began serving customers over the weekend.

The plan with Post Script, partner Paul Pruitt previously told Eater, is to serve a variety of wood-fired and often meaty mains like pork ribs with pomegranate harissa, or roasted duck breast with strawberry hoisin. Abgaryan will work the open flame, while a food truck parked in the back turns out the sides and other dishes. Partner Dave Reiss’s bar the Brig will handle the drinks.

The new Post Script is a surprisingly significant opening for Los Angeles, at a time when so few places are getting off the ground. The pandemic has forced a variety of places to close either permanently or temporarily, including Abgaryan’s restaurant Yours Truly across the street, which is reopening soon. He and his partners also opened a casual Mexican restaurant called Nueva nearby during the pandemic. Post Script is open now at 1525 Abbot Kinney Boulevard, keeping hours 5 p.m. to 9 p.m., Wednesday through Sunday, with an extension to 10 p.m. on Friday and Saturday night.