The Best Ways to Cook Every Cut of Venison

One of the most frequent questions hunters ask me is how to cook a certain cut of meat. The answer to that question depends not only on the cut, but also your cooking abilities and dish preferences. Which means this cut-by-cut guides is going to be tailored to my culinary tastes, and how I break down my animals.

This is by no means the only way to butcher and cook your cuts, but this is how I get the best results when using the whole deer. There are also some useful guidelines below—regardless of individual preferences—that will hopefully keep folks from attempting to grill shanks or stew backstrap.

The neck is a giant pain in the ass. It is possible, with a lot of practice to de-bone the neck and make a beautiful neck roast. You could also make a bone-in neck roast. Or you could do what most people do, and cut as much away from the bone as possible and grind it all up. Deboning a neck takes skill and time. Ideally, everyone should give it a try on each deer they shoot, if only to practice and hone their knife skills.

The front shoulders are the source for most of my ground venison. On really big deer you can get some nice blade steaks off the front shoulders, but I usually just grind everything on the front legs. I like to make all my own sausages, and my wife really likes plenty of ground venison to cook with instead of ground beef. Although I think a lot of people get stuck in a culinary box when it comes to ground venison, it’s actually one of the most versatile things to have in your freezer.

Pretty much anything you could cook with ground beef, pork, or lamb will accommodate a venison substitute, including an endless amount of fresh and smoked sausages. I’ve used it in all varieties of dishes, from lasagna to pot stickers.

Deer shanks have become my favorite part of the animal. Unfortunately, many people grind the shanks or—even worse—throw them out because they don’t know how to cook them. The shanks are full of connective tissue and sinew, and if you don’t know how to cook them, they end up tougher than shoe leather. But if you treat them to liquid and low heat for long periods of time, you’ll be rewarded with incredibly tender and succulent meat.

Osso Bucco is one dish that highlights this. Cutting the shanks into 3-inch sections and leaving the bone-in is one way to cut the shank. My favorite way to prepare them is to cut all the meat off the bone and into 1-inch cubes. I use this meat in all my stews. That sinew and connective tissue melts out of the meat, adding richness to your stew and helping thicken the liquid you are cooking.

I think it is safe to say this is most people’s favorite part of the deer. Easily grilled or fried in a pan, backstrap lends itself to quick and simple preparations. A lot of folks I know like to cut the straps into chops and grill them, but this often doesn’t work for me. Those little chops cook so fast they often end up overcooked. To control that a little better, I leave my backstraps in large chunks. I usually cut each whole strap into three pieces, which leaves me six pieces. Then I package them into two chunks per package for family grilling.

There are several methods for cooking a good backstrap and—at the risk of offending folks—none of them involve wrapping it in bacon. One of my favorite ways to cook them is seared in a pan with a bourbon cream sauce. There are several other methods out there for getting perfectly cooked meat. Perhaps nothing is more precise than the sous vide method, but that requires special equipment and can be time consuming, easy though it is. If you have a smoker or an oven, the reverse sear is another method that will give you wonderful results.

I won’t spend a lot of time on the tenderloins: they are the smallest portion of the deer and, in my opinion, highly overrated. They are typically too small to feed the family and are, at best, one meal for myself. They’re tender, yes, but no more flavorful than any other part of the deer. I will usually eat them while I’m butchering the deer. I cook them simply, just seared in butter with a little garlic, salt, and pepper. Because they are small and very tender, they do lend themselves to wok-style cooking: high heat and cooked very fast.

I know it may seem weird, but this is actually my comfort zone. I love the odd cuts from the deer, and I have tried almost everything that can be tried: the heart, liver, tongue, kidneys, and testicles (a.k.a Rocky Mountain oysters). It’s all good, with a few exceptions. I have not eaten the brain, lungs, or stomach, and I don’t know that I ever will. Unless, of course, I get the courage to make haggis.

I love deer heart—so much so that I have asked all my hunting friends to save them for me. I like heart grilled, fried, pickled, and raw. The deer’s liver is another beautiful thing. It can be a little potent, but fantastic when prepared correctly. One of the best things to do with liver is make a sausage called Mazzafegati. It is a sweet and clean-tasting sausage that will change the mind of even the pickiest palates.

Venison hindquarters produce the most meat, which can be broken down into large, usable cuts. I did my best to describe each cut below, although note that the terminology for these cuts is often different based on region. Above you can see the four whole pieces that come from the hindquarter. Also on the hindquarter are the shank and some stew meat that trims off the other cuts. I also left in the femur bone, which you can roast and use to make stock.

The bottom round is a great piece of meat and, once trimmed, it’s very lean. I use it for making corned venison roasts, and for making jerky. It’s also a great piece for the grill, as demonstrated by this awesome recipe for carne asada by my buddy, Jack Hennessey.

The eye is situated right in between the top and bottom rounds. It’s like a small, hidden tenderloin. It’s very lean and only big enough for one person, but when paired with its mate from the other hind quarter, it can be made into a beautiful little roast like the one my friend Danielle Pruitt makes. Because it is so lean, it’s a great piece for curing. I’ll make a very nice bresaola every now and then that’s easy to make and packed with flavor. The eye is also a great candidate for nearly-raw tataki, a Japanese preparation.

The top round is a giant piece of meat and perfect for cutting into steaks. I like to cut mine nice and thick, and then grill very fast on high heat. I like to keep my steaks very close to rare. But if thick steaks aren’t your thing, you could also cut this roast into thin cuts and marinate them (this Korean marinade work perfectly)

The sirloin is the football-shaped roast on the back of the leg. This is a great roast to brine and slowly smoke. I recommend a basic brine of salt, maple sugar, garlic, and bay leaves, then smoke with maple until it hits an internal temp of 150°F. Then, thinly slice it and pile it on a Kaiser roll with horseradish for the best sandwich of your life.

Dragging your deer to the local butcher can cost a huge chunk of change these days. In most cases, you are left with a lot less money and a long waiting period. Sometimes the quality of work is not up to your standards and a lot of the meat ends up being wasted or suffers from freezer burn. However, here are three easy home butchering tips you can use this season to get the most out of your kill and save some much needed cash.

According to Sim Harp, a professional deer butcher, the worse mistake a hunter can make is allowing the meat to get too warm. He recommends field dressing the deer as quickly as possible and storing the meat at a cool temperature to let it age. The safest way to age venison is to debone the deer and place the meat inside of a heavy contractor’s bag. This cuts down on space and allows you to keep the meat in the bottom of your refrigerator at a constant temperature. It also enables hunters to head back into the woods in states where you can fill multiple tags.

Basically, you have four major cuts of meat consisting of the sirloin tip, back loin (back straps), front shoulder, and back ham section. The back ham portion of the deer includes the top round, bottom round, sirloin, and eye round. A lot of this meat can be cut into juicy steaks instead of grinding it into hamburger. According to Harp, the key is to trim away the silver seam and fat from the meat before butterfly cutting it into steaks. Simply square both ends of the meat and cut almost all the through before stepping over and cutting all the way through the steak for a butterfly cut.

For the cost of one trip to the butcher you can purchase a commercial grade vacuum sealer from Cabela’s like the CG15. This handy device will dramatically increase the freezer life of your meat and eliminate wasteful freezer burn. The CG15 will also help maximize your freezer space and allow you to customize each package to fit specific quantities or cuts of meat. For innovative home butchering tips checkout Sim Harp’s DVD entitled “From the Field to the Freezer” by calling 1-800-858-1549. Also, feel free to share any of your own home butchering tips on the BBZ by posting a comment. 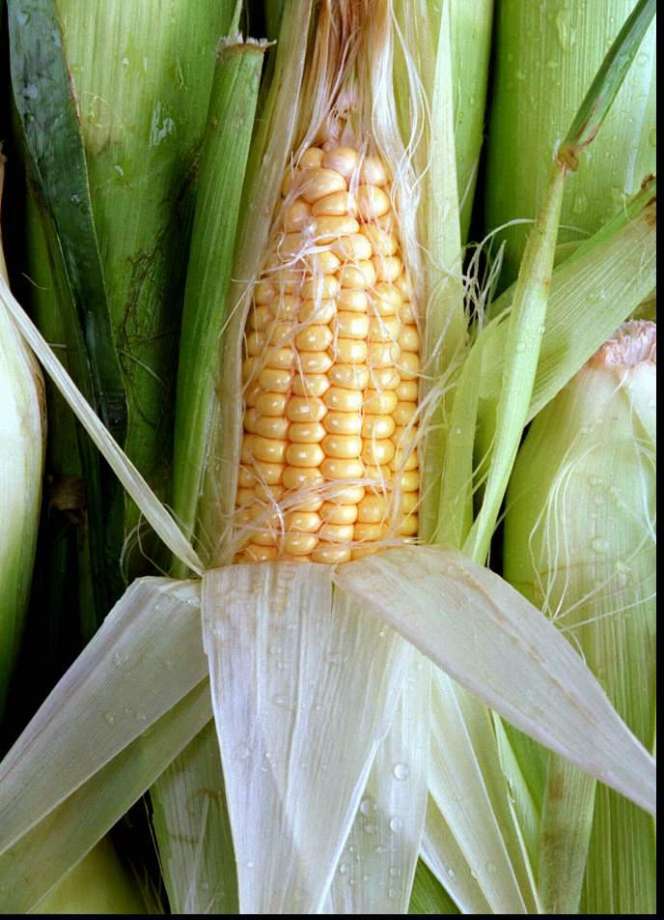 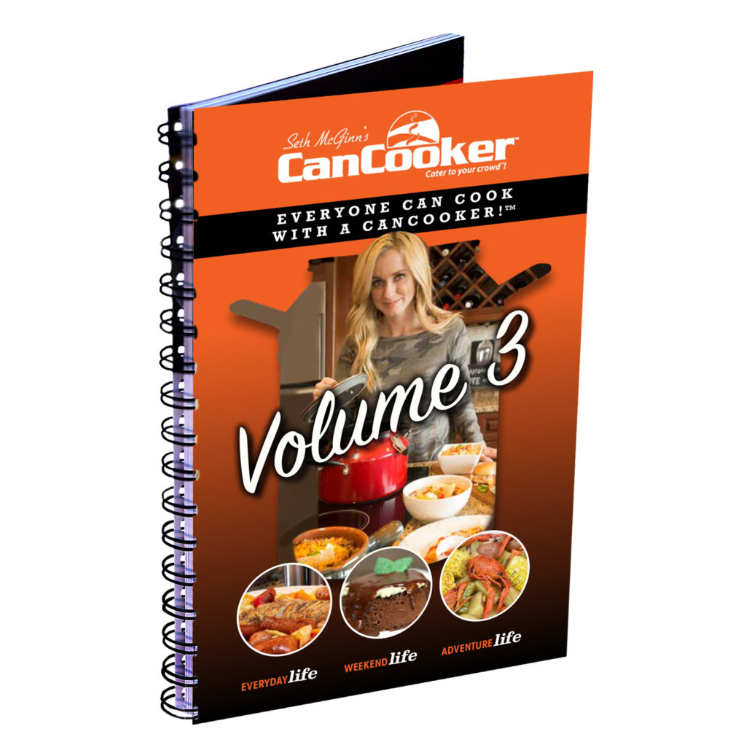