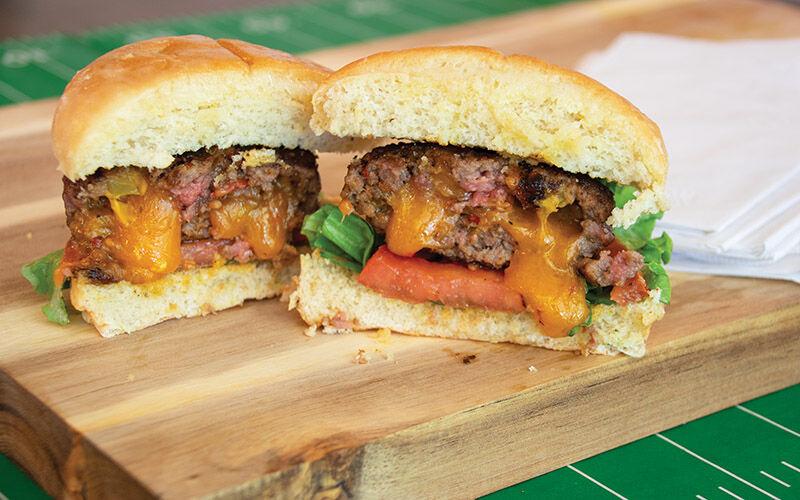 No matter how football looks this year, there’s still an opportunity for tailgating.

The pick-up truck tradition likely won’t take place in a packed parking lot outside a crammed stadium. But that’s not going to stop serious tailgaters from getting together. The location might be different, the visits with friends will be distanced, but the food will be as good as ever.

Watching the game from home can be a lot of fun, especially when combined with stuffed burgers and hot subs. A socially distanced home tailgate is possible if you keep the party outside and your seating well spaced.

The best tailgates have a variety of foods. So think about having something on a bun — maybe barbecue or hamburgers — plus dips or spreads for veggies or crackers. Something sweet will be welcome, too. Brownies, cookies or bars are perfect for a tailgate because they’re already cut and portioned.

Take about 1/2 to 3/4 cup of ground beef, and gently press into a thin patty. Season both sides with steak seasoning. Lay each of the 10 patties on a large cutting board. Evenly place some cheese, crumbled bacon and diced jalapeño pepper in the center of each patty. Bring the sides up and over, sealing edges to keep the stuffing inside. Season again with steak season or with salt and pepper.

Heat grill to medium-high. Grill burgers 6-8 minutes on each side, depending on personal preference. Serve on toasted buns.

Preheat oven to 400 degrees. In a small bowl, mix together honey mustard or horseradish mustard, mayo, oregano, garlic salt and red pepper flakes. Spread on inside of buns.

Place provolone, ham, turkey and salami on subs, dividing between the four buns. Divide artichoke hearts, bell peppers and olives between the buns, placing on top of the meat. Close sandwiches and wrap in foil. Bake on a baking sheet until heated through, 12-15 minutes.

Open sandwiches and tuck in arugula or spinach. Serve warm.

In a bowl, combine cake mix, brown sugar, butter and eggs, mixing on low speed until smooth, about 2 minutes. Stir in vanilla, chocolate or butterscotch chips and pecans, mixing until combined.

Butter or spray a 9-by-13-inch baking dish. Bake for 25-30 minutes. The cooked mixture might not look done, but you don’t want to overcook. Insert a wooden pick into center to check for doneness. Cool, then cut into chewy bars. 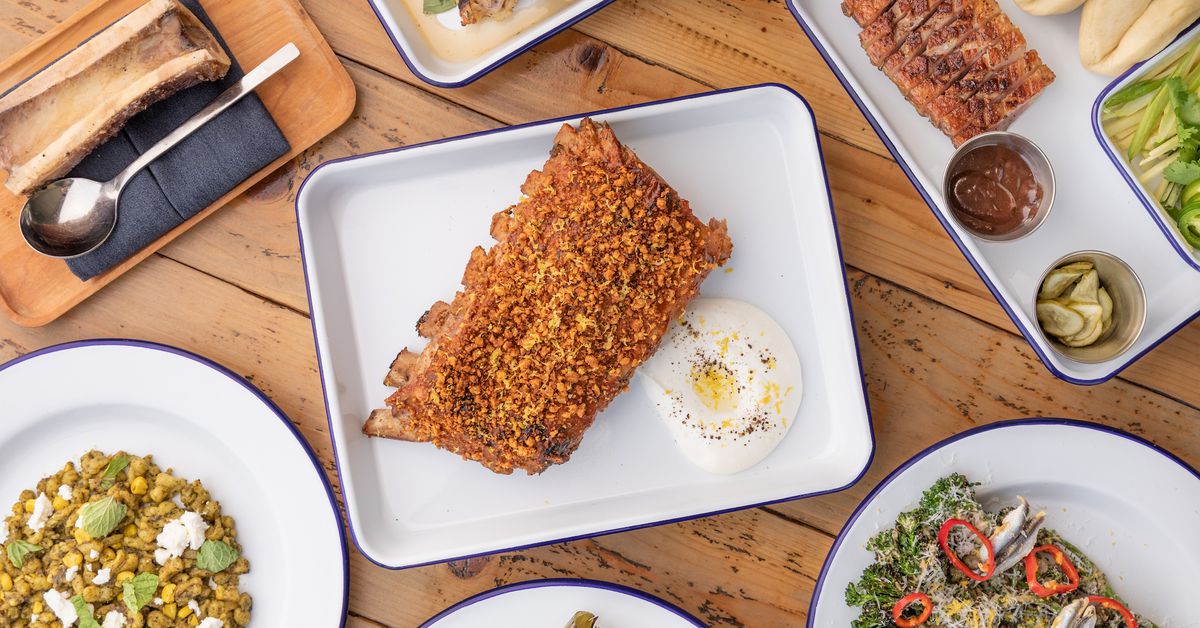